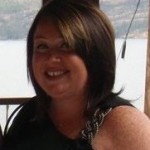 Tara is very passionate and is highly committed to revitalizing the Marching Arts movement in the city of Edmonton. She has been honoured with many awards, accolades  and achievements throughout her marching career, including the 1997 DCI Division 2 &amp; 3 Drum Major Award.  Tara is looking forward to what the future holds for the ESMB organization.