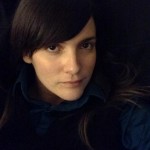 Lisa began in the marching activity in the Edmonton All Girl Marching Ambassadors in 1991. From 1991-1994, Lisa was a member of the drumline. She played the snare drum and was Section Leader during the 1993-1994 season. From 1994-1997, marched in the Edmonton Crusaders Marching Band where she played bass drum and snare. In the summer of 1997, she had the opportunity to join the Edmonton Strutters Drum and Bugle Corps for their summer tour. Lisa continued to march 1997-2000 with The Edmonton Strutters where she played tenors for 2 years and was Drum Captain in her final year when she aged out in 2000. She was also the recipient of the Best Percussion award in 1999.

Lisa took a bit of a break to focus on school where she obtained a Bachelor of Arts degree in Sociology with a double minor in Psychology and Drama. She did participate in some alumni performances with The Edmonton Strutters Drum and Bugle Corps as well as an alumni drumline performance with Keith Urban in 2007.